It goes without saying that our smartphones have changed the way we interact with music, bringing us closer to music. We can now listen to music instantly whenever and wherever we want. We can either decide to stream music online or download them for offline access. Whenever we download music for offline listen, we play them with music players. There is no shortage of music players available on smartphones, each of which possesses different features. Some music players allow you download music right from the app, whilst others possess advanced audio equalizer settings. Basically, there are tons of music players, each one aiming to satisfy as many users as possible. With the huge competition amongst music players, it is no surprise that several music players make regular updates to their apps, constantly introducing new features. We will proceed to reveal the top 20 music players available on the Android operating system. These music players come equipped with several innovative features, which we will analyze squarely. The many advantages and disadvantages of each of these music player will be brought to the open. At the end of this article, you would be armed with more than enough insight to properly discern which is your best music player for android.

In no particular order, these are the 20 music players available on the Android operating system.

As the default music player for android operating system, this app cannot be left out. It comes equipped with many features, such as music streaming and download options. The design of this music player app is sleek and neat. Navigation is intuitive and there are no hidden menu options. There are options to reduce internet data usage when streaming, as well as an equalizer option that allows you adjust audio settings. 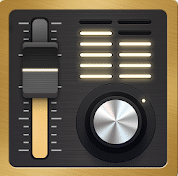 This is a very notable music player for android that is simple and very well designed. The app comes equipped with several other features, such as a bass booster, an option to edit ID3 tags, equalizer settings, and a support for several music file formats. The app is very focused on audio effects, and users can tweak the audio settings to get their desired listening experience.

This is one music player app that has stood the test of time. This app focuses largely on audio enhancements. It has several audio effect tweaking features, and also comes with an equalizer with 32 presets. It possesses an ID3 tag editor, widgets, as well as an MIDI playback option. The paid version of this app is not any different from the free version, except that it eliminates adverts and adds more theme options to improve the looks of this app.

This is a popular music player for android that comes with a different design from other music players. This app arranges your music in a large collage list. It comes with an equalizer which has 10 bands. There are options for volume normalization, tag editing, amongst other things.

This is a very advanced music player app with several innovative features. It has tons of unique features, including an ability to sync your music player from your computer to phone and phone to computer. The user interface of this app is simple and navigating through it is devoid of hitches and very intuitive. Other advanced features which this app possesses include an ability to sort songs by composers, not just artistes. There is also support for podcasts and audio books on this music player app.

This popular music player app comes equipped with a 32 and 64 bit audio rendering engine. This unique feature allows for a very high audio quality, guaranteeing a pleasurable listening experience. The best part about this feature is that it is independent of the android operating system, according to the developers of this music player app. This app also comes with an integrated equalizer and supports rare file types such as Flac and MPC. There is both a free and paid version of this app.

This is a very simple and lightweight music app that allows users play music files in various formats. The theme of this app can be changed and customized at will, allowing for personalization. There is an allowance for integration with third party services, such as last.fm. You can add as many playlists as you want, as well as enable a widget, so as to ensure convenience.

This is a music player app that not only allows you play mp3 audio files, but also supports videos. The presence of a five band equalizer ensures you get maximum audio quality. There are also several other audio effects options, as well as a support for widgets. There is an option to change tracks on this music player app by just shaking your phone. This app is also beautifully designed, and its looks can be further enhanced with skins that can be downloaded. The fact that this music player app allows for customization and personalization is very key.

This music player app is aesthetically appealing without compromising on functionality. It has a sleek user interface, which can be further enhanced with themes that can be downloaded from the Google Playstore. Its many functionalities include a gapless playback, crossfade, widgets, tag editing, and several customization options. This app is a very solid music player that focuses on the basic and essential needs of music lovers.

This is a completely free music player that comes with all the essential features of a good music player. This music player allows you edit ID3 tags, set a sleep timer, integrate with other services like last.fm, etc. This app supports smart playlists and gapless playbacks. This music player app is very well designed and it is lightweight, ensuring you have more than enough space for your favorite music.

This is a music player that has been rapidly increasing in popularity. It was built with material design in mind, and its user interface is very neat and simple. It comes equipped with several features like a six band Equalizer, support for embedded lyrics, themes, gapless playbacks, and many more. It can also be integrated with third party apps like last.fm. There is a paid pro option that allows users perform more functions, such as editing of ID3 tags, folder browsing, etc.

This music player app allows for customization on several fronts in the app. It comes equipped with a 5 band equalizer, an album art manager, a tag editor, resource management, as well as a lockscreen custom setting.

The GoneMAD music player app is one that is rising in popularity. It provides a neat and speedy experience, and comes equipped with several features. It supports various music file formats, including FLAC, AAC, ADTS, etc. Its integrated equalizer comes with 16 presets. Users can also tweak several other audio effects to get an audio quality of their choice. Other features on the GoneMAD music player app include gapless playback, crossfade, smart playlists, crossfading, tag editing and lyrics app.

This is a very noteworthy free music player for android app that comes equipped with several advanced features. This app balances features with looks, as its user interface is very expertly designed. Transitions are smooth within the app. Users can select whatever font type, color, and styles they want. The app comes with an in-built equalizer, however you can also choose to integrate it with an external equalizer. The app comes with gapless playback feature, ID3 tag editor, crossfading, etc.

This is a well-designed and free music player for android app that features very quality audio effect settings. The app comes with a 5-band equalizer which possesses 10 presets, 3d reverb effects and a virtualizer. There are several other features like gesture support, ID3 tag editing, theme changes, ringtone cutter, a share feature, etc.

This is a very beautiful music player for android that is very flexible depending on the music you are playing. The theme of the app automatically changes, depending on the color of the cover of the song you are listening to. There are several other technical features, such as support for rare lossless file formats, gapless playbacks, support for android wears, integrated 12 band equalizer, etc.

This is a unique music player app that allows users play music stored on various cloud platforms, such as Google drive, dropbox, one drive, etc. Users can either stream or download music on the cloud via this app. The app supports lossless file formats playback and comes with an inbuilt equalizer. The equalizer has 10 bands and comes with 17 presets.

The minima music player for android opens up with a coverflow user interface, revealing a very topnotch design. There is an option to close the app by swiping. Other features include a sleep timer and various customization and personalization settings.

This app is very popular for its music lyrics feature, but it also features a very quality music player. The music match music player gives other major music player a run for their money, as it comes equipped with functionalities like a lock screen and widget option, audio enhancement setting, etc.

As you can see, there are tons of music player apps available for the android operating system, hence there might be some confusion when deciding which is your best music player for android. However, from the above article, you can garner more than enough insight about each music player, helping you effectively discern which app works best for you.

Top 10 Things To Consider Before Buying The Best Wireless Earbuds