Music and sound are undeniably a cornerstone of Apple’s brand as demonstrated with their dedication to music starting with iPod in 2001, the iTunes Store in 2003, and even their recent releases like Apple Music, AirPods, and HomePod.

However, there’s one other tech music company that might come to mind, and that of course is Beats Electronics.

Beats recently celebrated their 12-year anniversary, and during that time, they’ve changed the way audio devices like headphones and speakers are marketed and made significant contributions to the music streaming industry.

Beats was founded by Jimmy Iovine, a record label, co-founder, and Dr. Dre in 2008, in order to address a couple of issues when it came to the way people were listening to music. One of those problems were that most users were simply listening to music on their iPods with the stock earbuds Apple included in the box, which weren’t very comfortable and didn’t deliver great sound quality.

Another problem was music piracy since this was when torrents and file sharing sites were at their most popular, but first, let’s focus on how Beats Electronics improved the quality of user’s audio experiences. 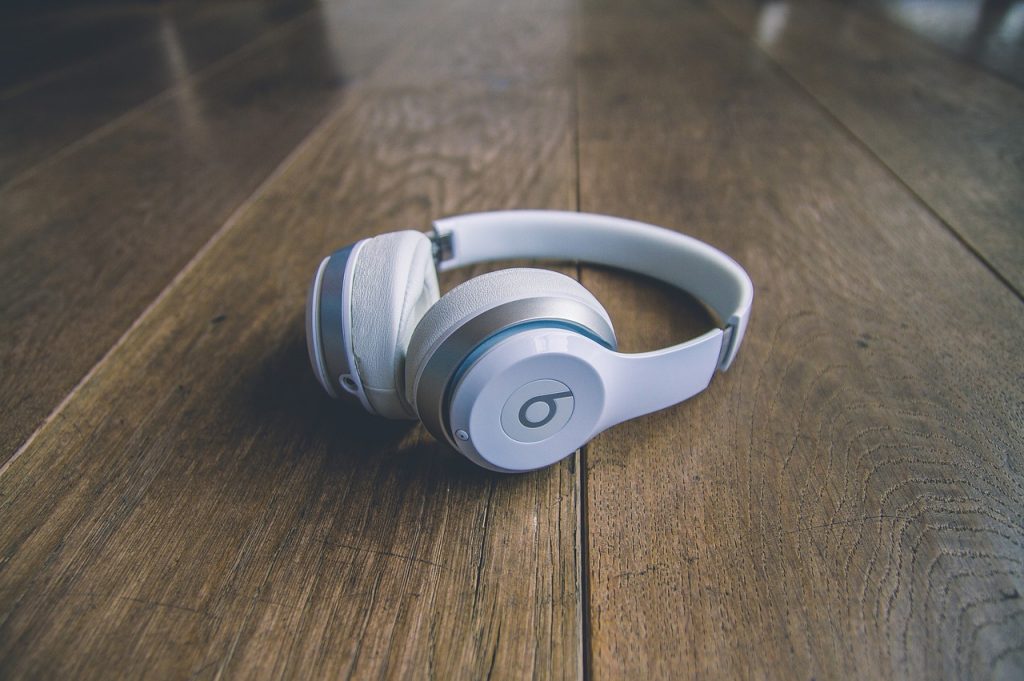 It all started with early research and development of what would become their first product, which involved the consultation of several popular artists like Will.i.am, Gwen Stefani, and a few others. Beats supplied them with a few samples of different audio configurations and determined which one would ship default based off their personal preferences. Since neither Iovine nor Dr. Dre had any experience with product development or manufacturing, they solicited the help of Monster Cable, a brand best known for their headphones, speakers, and cables. Iovine and Dr. Dre supplied the marketing and creative direction, while Monster Cable took care of engineering and manufacturing. These two forces combined yielded the Beats by Dre Studio headphones in the summer of 2008.

To help market the product, celebrities were paid to wear them in public and music videos, but why exactly did Beats choose this marketing tactic instead of just running lots of television ads?

Well, consider the Air Jordans. Before they existed, shoes were typically considered an unexciting necessity, but Nike was able to frame them as a bold fashion statement by association with a popular, credible athlete, in this case, Michael Jordan. Beats made a very similar move with their headphones because brands like Bose and Sony dominated the audio market before Beats, but the color options they offered were pretty boring, mainly black, gray, or white.

Beats recognized this gap in the market and completely turned the concept on its head by offering their headphones in bright, bold colors, and more importantly, paying for celebrity endorsements. 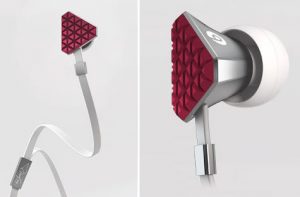 LeBron James wore them during basketball games. Justin Bieber featured them in a couple of his music videos. Even Lady Gaga fans got their own special edition Beats earbuds called HeartBuds.

With this heavy push in marketing, Beats hit the ground running, and their partnerships didn’t slow down.

In 2009, Beats worked with HP to include Beats Audio technology, which was basically just an equalizer with default Beats settings in a limited edition of the HP Envy 15 notebook.

In 2010, HTC purchased a 50.1% stake in Beats for nearly $310 million, which was supposed to launch HTC into popularity due to their affiliation with the Beats brand, and this partnership ultimately aided in the development of the HTC Sensation XE in 2011, the first smartphone with Beats Audio baked in.

It was also at this time when Beats focused their attention on just four product categories: headphones, earphones, speakers, and audio technology, which is basically third party products like smartphones, notebooks, and cars featuring Beats audio.

Now in 2012, the company went through some major changes because almost 20 days into the new year, word spread that Beats would sever ties with their then parent company, Monster. The rumors turned out to be true. In late 2012, Beats began working as an independent company separate from Monster.

Now, it was also around this time when Beats made one of their first acquisitions of a music streaming service called MOG that was getting really popular. The reason for this acquisition will become clear a little later in the video. Now, around the same time, Beats invested heavily in marketing during the Summer Olympics in London with special Union Jack themed headphones being delivered to hotel rooms of the athletes. In October, Beats unveiled their first two products without direction from Monster, the Beats Pill wireless speaker and the Beats Exclusive headphones. 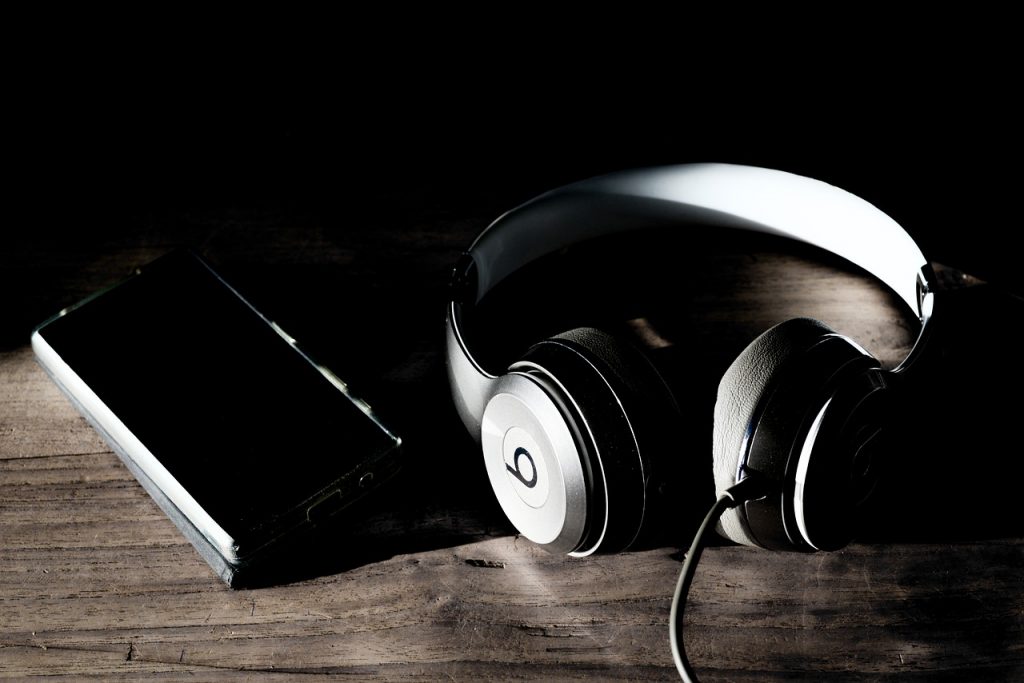 Now, 2013 didn’t have anything too exciting in store for Beats, but there were some new developments in their partnership with HTC in September because as Beats was getting bigger and bigger, HTC was rapidly shrinking, prompting the company to sell half of its 50.1% stake in Beats, leaving them with about a quarter of the company.

Now, you remember that acquisition of MOG I talked about a minute ago? Well, that music streaming service was rebranded as Beats Music, which took a slightly different approach to music streaming compared to Spotify or Google’s All Access Music Pass service.

It launched in January of 2014 and very clearly prioritized music recommendations supposedly selected by musicologists. The Beats Music service was introduced alongside a press release that read:

“We wanted to build a music service that combined the freedom of an on-demand subscription service, unlimited, uninterrupted streaming and downloads of tens of millions of songs but layer on top features that would give you that feeling only music that moves you can give. The right song at the right time will give you a chill, make you pull someone close, nod your head, sing in the mirror, roll down the car window and crank the volume to the right.”

Now, that emotional layer to their service was a great marketing approach that they learned from the success of their headphones, and Beats Music had some interesting features that separated it from the competition because it featured a colorful, sleek user interface with unique music discovery tools that no other streaming service offered.

One of these tools was the sentence feature, which let you change different parts of a sentence to create a radio station customized to the mood you chose.

Beats Music also served songs at a 320 kilobits per second bit rate, which was higher than what most of their competition offered at the time.

A few months later in May 2014, Apple announced they would acquire Beats Electronics for $3 billion, making it Apple’s largest acquisition ever. If you think about it, their corporate cultures are pretty similar because like Apple, Beats is known for combining great design and technology to create quality products for the masses, but the acquisition wasn’t without its share of controversy because in 2014, Beats was sued by Bose since they claimed that Beats stole five patented technologies from them, but the case was ultimately settled out of court in October of 2014.

Now, many people in the tech industry weren’t sure what plans Apple had for Beats. Would they take control of their headphone division and start making redesigns? Would they dissolve the company entirely and absorb their employees into Apple?

The possibilities appeared to be endless since Apple had never made such a large acquisition before, but the reason soon became clear because Apple was looking to release their own music streaming service and wanted to use Beats Music’s technology as their foundation. Now, the acquisition ended up being a double-edged sword since Apple discontinued Beats Music as to not cannibalize subscriptions of Apple Music, which was released in June 2015. In order to make the transition as seamless as possible, Beats Music users had all of their playlists and libraries migrated over to Apple Music automatically.

Rogers’ team was eventually integrated into the Beats 1 team, which is now the largest radio station in the world, according to Apple. Also in 2015, Beats launched their Solo2 Wireless Headphones in colors that matched the iPhone 6 and the Beats Pill Plus, which offered higher quality sound than the original Beats Pill, but not everyone is happy with Beats products. Most of the criticism centers around their signature audio profile, which many consider to be muddied by the exaggerated lows and highs. Other complaints have been about the high markup of Beats products, considering their low cost of manufacturing.

In fact, a $200 pair of Beats headphones costs just $9.82 to manufacture, and although this doesn’t include factors like research and development, it’s still a very low number.

Now, in recent years, we’ve seen a whole array of new Beats lines and products in new colors and form factors. The current product lineup consists of on ear, over ear, in ear headphones, sport headphones, and speakers.

On the low end, you’ve got the $60 urBeats earbuds with a 3.5 millimeter or lightning adapter with colors that are made to match the iPhone 10R. The least expensive over ear headphones are the $130 Beats EPs, which come in slightly more muted black, white, red, and navy colors, but drops wireless support. Beyond that, the entire collection is wireless, some even sporting an Apple W-series chip for the same seamless pairing process popularized by the AirPods. 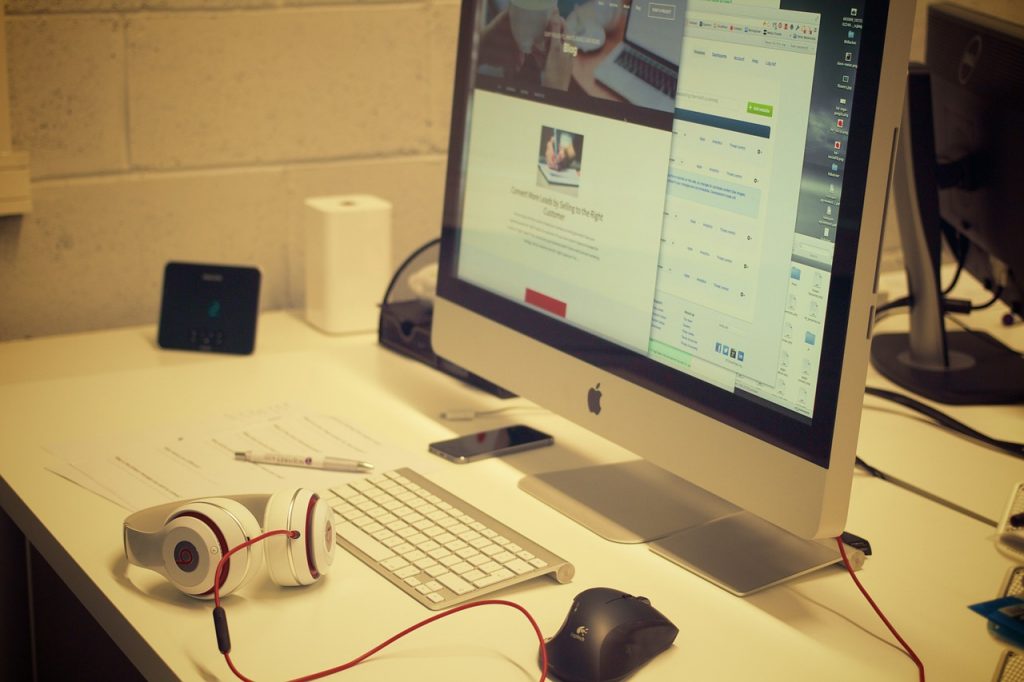 There’s also the PowerBeats, which seems geared towards more athletic people who want more security with their ear buds while exercising. Finally, there’s the Pill Plus, Solo3’s, Studio3’s, and the Beats Pro headphones, which come in at a steep $400 retail price.

Now, it’s safe to say that the Beats brand uprooted the traditional accessory and music industry arguably for the better. You’ve got another competitor in the headphone market, and competition always pushes the industry forward. Beats has proved that you don’t need the flattest or most equalized audio profile to take over a quarter of the headphone industry. It also reveals how huge a role marketing plays in the success of a product. If done right, consumers are much more likely to buy into your brand and stay loyal if the company provides a satisfactory product.

Now, Apple and Beats share this philosophy so it isn’t surprising that the two companies work so well together.