Headphones are a great way to watch TV without disturbing others, but how do you make use of them with your TV set? Don’t worry – it’s not as complicated as it may seem!

Use Headphones with TV, Get Awesome Audio 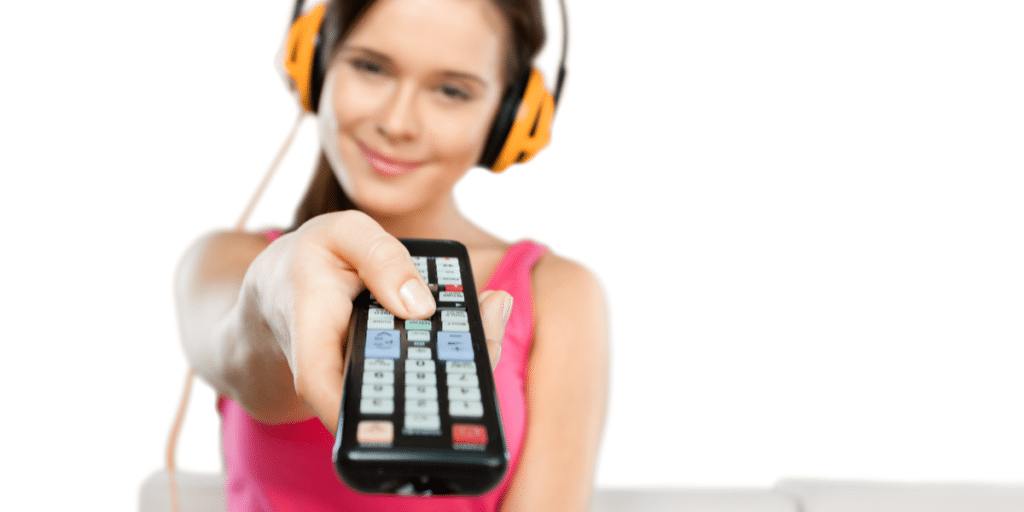 Headphones are very diverse when it comes to the devices they can be used with. You bought an expensive widescreen TV with great speakers but you will not always be able to watch TV with those as someone might need peace and quiet. The solution to this problem is using headphones on your TV. Sometimes it can be hard to figure out how to connect your headset with your TV since there are so many different kinds of televisions now.

Most televisions come with built-in headphone jacks. They support the typical 3.5 mm audio connector. You can just simply plug in your headphones and start listening to your shows. However, in some case you might be required to change the audio settings to direct the sound to your headphones. This can be done by going into settings and then going into audio settings. Should you find it difficult to perform this setting update, try finding this in the manual of your television. These manual describe even small operations in detail and you can easily find a way to adjust the sound settings. This makes things easier as all the sound goes into the headphones no matter which device you are using with your TV.

Some modern television sets come with remote controllers that have headphone jacks. These remotes get sound from the TV wirelessly and you can plug your headset to listen to the sound. This of course depends on the kind of television you have. For instance, Roku 3, has this technology and offers sound for headphones through its audio jack on its remote.

If your TV does not have a jack for connecting headphones you can still use a headset to hear audio. This will require a convertor or adapter. You need to find the type of audio output your television has. Again you can skim through the manual or take a peek yourself. You will need an adapter that supports this form of audio and connects your headphones with the TV.

RCA audio outputs are gradually becoming old and are not supported by newer televisions. However, if your TV does support it than you can simply purchase one and use it to connect with your headset. Both RCA and 3.5 mm headphones are analog and hence will work quite well together.

For those modern televisions that offer digital output, you will need a convertor. This convertor will convert the digital sound signals to analog which can run through your headphones. There are such convertors available online which convert analog to digital and provide the typical 3.5 mm jack for plugging in your headset.

You can even use wireless headphones with your TV. To achieve this, you will need a wireless headset with a transmitter that can be plugged into the TV set. The transmitter will transmit signals to your headset and you can listen to uninterrupted audio conveniently without the hassle of a cord. This is better for your home theatre systems, especially in a case where your couch is far from the screen. But keep in mind, such headphones can be a bit pricey.

Sennheiser RS120 On-Ear Wireless RF Headphones with Charging Dock are very popular wireless headphones that can be used with your television. They are available for a discounted price of $78.11 on Amazon. They are suitable for use with television due to lightweight radio frequency.

Jelly Comb Wireless RF Stereo Headphones is another very affordable choice for headphones for use with television. They retail at under $25 on Amazon and are compatible with any 3.5 mm audio jack and work at a decent 20-30 meters distance. RCA cable is included as well.

If you need to use headphones while gaming, you can even plug your headphones in your gaming console, most of which come with audio jacks. PlayStation 4 has a built-in headphone jack in its wireless controller and can support any kind of headphones. You can go into audio settings of your PlayStation and have it move all the audio to the headset. It also supports headset with its USB ports giving you multiple channels for audio transmission to a headset.

For those consoles that do not offer this audio jack, you will need a special headset jack adapter. Microsoft’s Xbox One’s controllers do not have this jack unlike PlayStation and Nintendo Wii U.

Benefits of Using Headphones with TV

The whole TV experience seems all about the loud sound of the speakers. However, with headphones it is no less fun as you get to hear the same quality of sound but just in your own ears without disturbing others. Every television set has its own unique features and how your headphones will plugin depends on your television so you need to figure out your television first.

Most television sets nowadays have an audio jack to accommodate your headphones. In case your television does not have one, you can use an adapter or converter to use earphones. The converter is needed with an analog audio output whereas the converter is used with its digital counterpart. Wireless headphones are another great way to hear audio from a television. These free you from the hassle of long wires and transmit same quality of sound as that of traditional headphones with wires.

How to Make Your In-Ear Headphones Produce High-Quality Sound